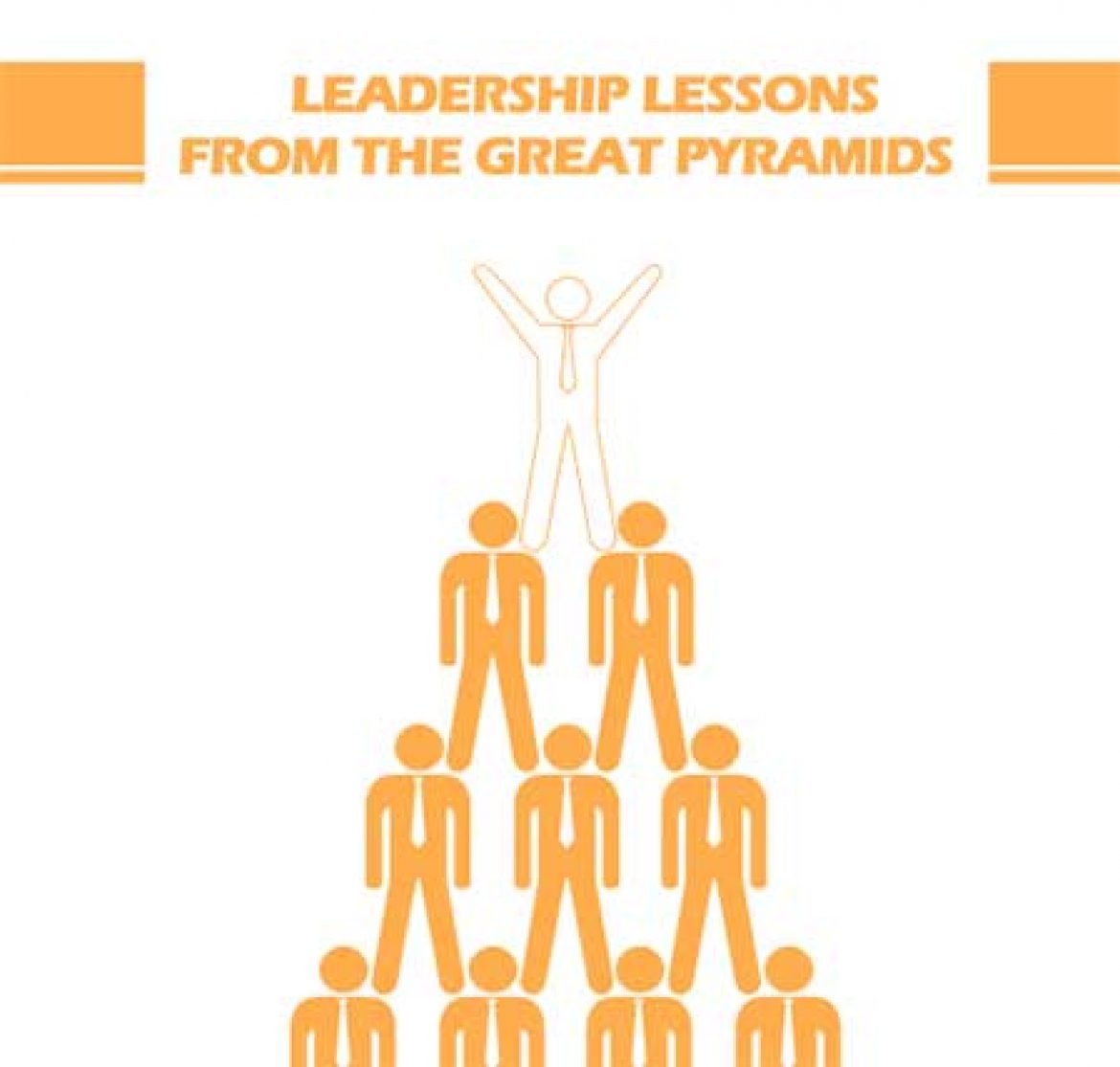 Leadership Lessons from the Great Pyramids

This is the semi-historical saga of how one man discovered the leadership secrets that cultivated one of the greatest empires of the ancient world.

As a child TepTep liked to play with blocks and build big structures. “One day” he thought, “I will make these for real”, and every time, just as he would start to dream big, his younger brother PuPu would come and knock them down his blocks. He NEVER let PuPu play with him.

Picture of TepTep and PuPu

One day when his father took his mother to the International Alligator Wrestling Championships on the Nile, he was left alone with his brother. He was building another great pyramid with his blocks when PuPu ran towards the structure with destruction in his eyes. “PuPu” yelled TepTep, “it’s so great to see you! Lets see what we can build together?” PuPu’s face suddenly changed and he was surprised his brother wanted to include him. He excitedly sat down next to TepTep and began to build instead of destroy. After that, their relationship improved greatly and both had more fun and less frustration. And TepTep could dream bigger and bigger.

TepTep had learned his first leadership lesson and this inspired him to seek out the mysteries of becoming a great leader.

When TepTep was old enough he went on to enroll in the “Isis School of Management” where he learned about, Planning, Performance Measurement, Strategy and project management.

Picture of school building with logo and “Manage your Elements” tag line.

He majored in Business Management for several years and studied very hard
Picture of TepTep drinking with his buddies and a girl in his arms (Belly Dancer) with his books on the table behind him.

After such great effort, he finally graduated with honours and got a management job with “The Great Pharaoh”

“The Great Pharaoh” was Egypt’s number one pyramid producer. But it wasn’t always this way.

Long ago “The Great Pharaoh” used to be in the tomb business and would build these Last Resting Places inside mountains. Back then the “Skill” hadn’t really been developed yet. But as society became more cosmopolitan, so did expectations, and so did the demand for bigger, better and fancier structures. So “The Great Pharaoh” developed the skills of its people and the rest is ancient history. But even with great skill, pyramid building was hard work and most of the time, workers would complain and complain and complain!