THIS WORK IS UPDATED WITH NEW RESEARCH IN ARTHUR CARMAZZI’S NEW BOOK ON THE PSYCHOLOGY OF TEAM PERFORMANCE: ARCHITECTS OF EXTRAORDINARY TEAM CULTURE

Have you ever underachieved? Have you ever been affected by people around you and not accomplished what you could have?

The concept of a “WEAK LINK” is nothing new, but the biggest problem with the weak link is that that seems to be what manages focus on. They often neglect the opposite of the weak link, the “constructive influence”. In a 2013 DCI study, we looked at 30 teams in disciplines that could be easily measured for productivity and discovered the implications of both. The disciplines are listed in the table. 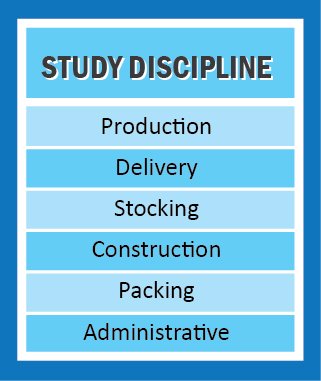 Of the remaining 7 teams that were performing well together, each had similar characteristics: 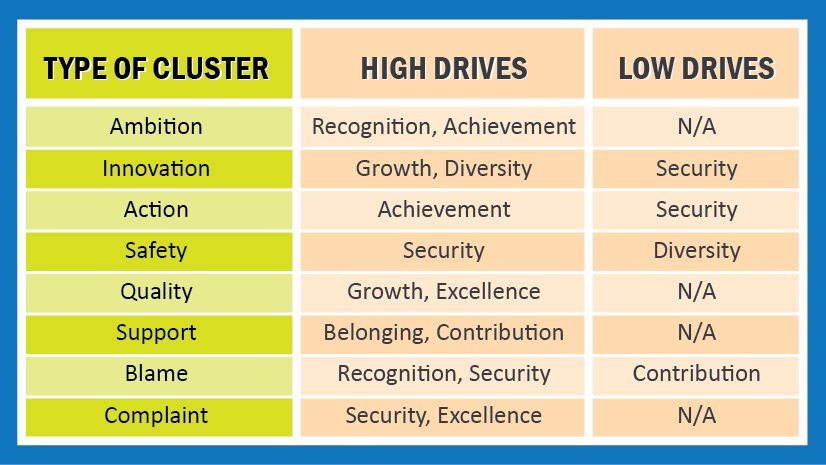 When taking under-performers from under-performing teams and relocating them in high performing teams which had different emotional make ups, 62% showed improvement, within 3 days of working in the team, the individuals who had under performed in their previous team, improved their performance. Newly introduced individuals would take on either a symbiotic roles or even informal leadership roles in some cases when given additional responsibility. While 12% had no effect and 26% lowered the productivity of the performing team, the majority had a positive impact.

Conclusions: productivity , engagement and motivation come in a matrix of compatible and symbiotic clusters of team members who “connect” on an emotional level. When a team member has a set of primary Emotional Drivers, those drivers combine with the primary Emotional Drivers of the group. Different combinations of Drive create different team dynamics and these dynamics can be sculpted to optimal performance for the specific function of the team.

When the emotional drives are combined with Colored Brain* profiles the connection effect is far more accurate and visible. i.e. an Ambition Cluster with at least one Green Brain*, completed tasks faster than others.

These Team Motivation Clusters determine the relationship each of the Emotional Drives, based on the research so far, we have identified the following clusters that can be combined to achieve specific team behavior:

Some Clusters may be a single team member, others may have multiple members, and each can have positive or negative ramifications on the group depending on the combination. But NO Cluster operated effectively on its own. They MUST be combine to succeed.

For example, a blame cluster may be become more productive and less “blamey” combined with an aware Support Cluster and Quality Cluster, but would have a negative effect if mixed with an Ambition Cluster… why? The support and quality clusters do not conflict with their need to be significant (recognized) or be in control and in fact support it. The Ambition Cluster on the other hand, is conflicting with the significance and, since they are less risk adverse than the Blame Cluster, the security drive. This would perpetuate Blame Cluster reactions and allow them to influence blame reactions to all team members.

One key success factor we found was that the most successful teams which had specifically defined and dated/timed outcomes, all had ambition clusters. So, if we added an Ambition Cluster within the matrix guidelines, we improved performance, for example, when a perpetually target missing Action Cluster was combined with Ambition and Support Clusters, not only were targets met, but often exceeded and team members were more satisfied at work.