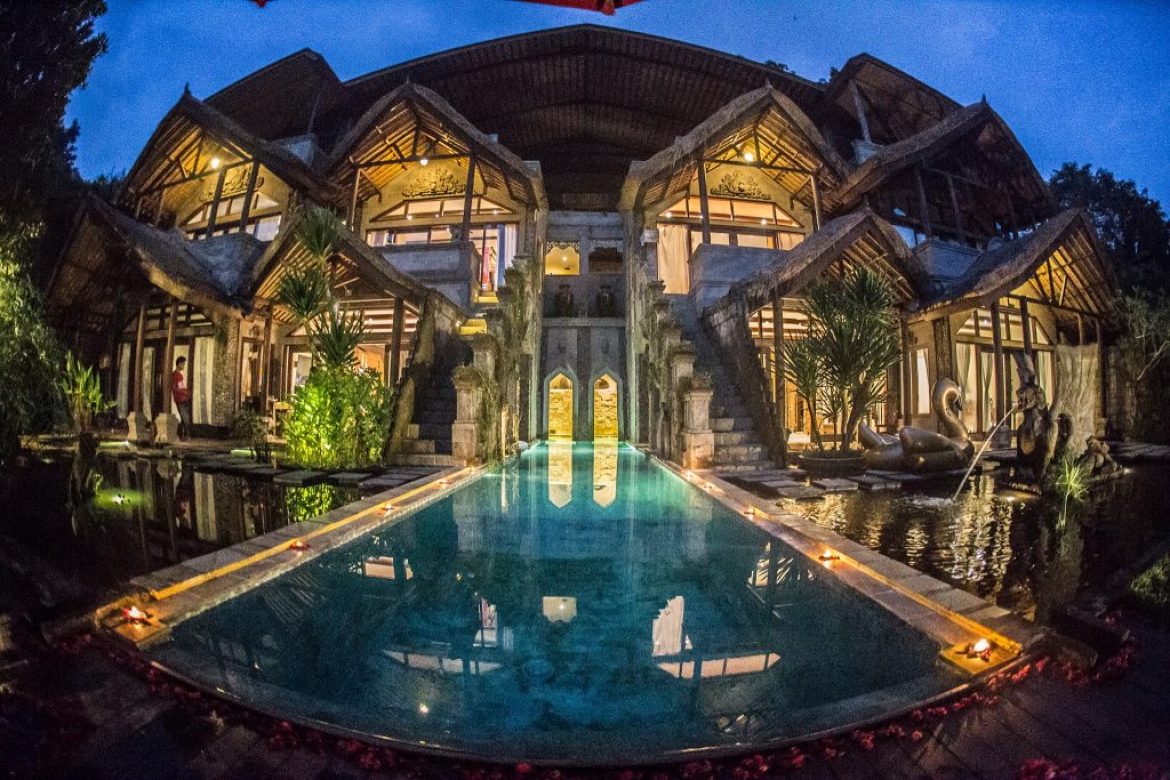 My Story of Failure, Bali, Stress and Lessons for Success – Arthur Carmazzi 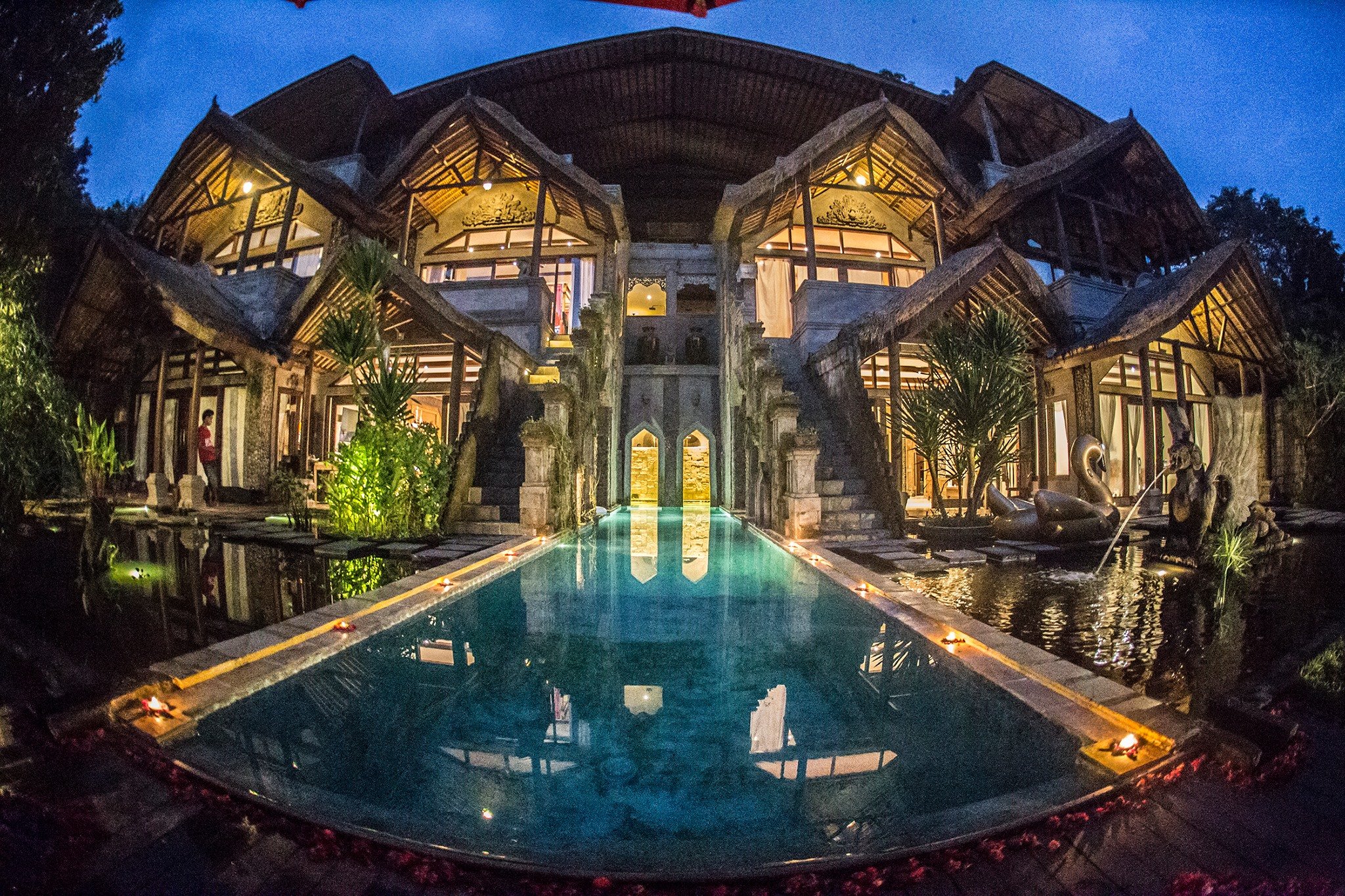 My Resort, Avalon in Ubud Bali

This is an account of my journey (Arthur Carmazzi)… while not an easy one, it was an entertaining and educational one.

I came to Bali because I was stuck in Singapore. 3 years earlier I was a half a million dollars in debt. I had started a business and due primarily to my ego, my inability to manage people and my lack of focus… I went far beyond broke!

Out of desperation, I managed to get a good paying job as a department head in a multi-national. I had high hopes for my future and was on my way to (although slowly) recovering financially. You have been there haven’t you? The excitement of a new job, the greater possibilities of what you will be able to achieve and where you go in your professional journey… Yup! That was me UNTIL…! Things started to be less than rosy. Underappreciated, and undervalued I started to feel less optimistic, I listened to others blame each other, I experienced little cooperation from other department heads.

But I knew I could make a difference, I knew I could make a positive impact, and one day 4 and a half months later… It Happened! Without even realising it… I started blaming, I became uncooperative (especially to those BAD people, the other uncooperative department heads and YES, My Boss). I found myself undervaluing and underappreciating others and began to do more “busy work” than real work… I became an Underachiever! I had given up that I could be successful in my job, in the company… I was jaded!

One Tuesday morning, I woke up dreading another day at the office, I looked in the mirror. I wasn’t a happy person and I knew this wasn’t WHO I was, but it was who I had become… in a desperate attempt to fix things, when I got to work, I had some “friendly” meetings with the BAD people and had a startling discovery… they were just like me. They had the same desires to work together, to cooperate, to achieve, to appreciate and value and respect others and to support growth… but they got sucked in. It was a cycle, one that I fell into, one that would change my life forever.

The next year was all about finding the solutions to the problem of environment, the culture that affected me to be less than I should have been. The culture that turned good competent and able people into underperformers. Using my busy work time to focus on the task, I eventually gave birth to the Directive Communication Psychology… getting some visible results, I wrote some articles, then got on radio, then got on TV… then companies started calling and I was able to quit my job.

2 years later, I was still in debt but had built a reputation. Singapore was too expensive to move to the next level, I had big plans but not enough money… I was stuck!

Franchising was the way but I was still a one man show. The first step, improve the brand and develop the structure. Designers, web programmers, administrative support… were expensive in Singapore, and the training facilities were average but expensive. In the current state of debt, I would not last long if I stayed…

Get Certified at Arthur’s Villa in Bali had much more Brand Value than come Arthur’s flat in Singapore. So Bali was the destination. Business was the primary excuse, but come, its Bali!

I was able to hire good people at substantially lower prices and live in super cool and inspiring place. I leased a 3 story villa in Ubud that would have been unattainable at that time for me in Singapore! Everything was great, but there were no clients to visit or meet.

Connecting to the world

Since Bali was not the place to find clients, the marketing became 100% internet centred. The problem… internet required a 120ft tower and only gave me 512 kb for $400 per month!!! Ok, so not everything was cheap…

We started with SEO which helped both the franchise and the training and speaking part of the business… business was great, clients coming in from all over the region and even the Middle East… I was out of debt within 2 years… Until… Google changed the rules!

Another crisis which led to another direction… Automation!

The learning curve was the biggest expense, both in time and money. Learning the concepts of conditional marketing and campaign structure, how to build a successful sales funnel. Then everything needed to be connected. CRM automation software was the cornerstone of the system and now focus shifted once again…

With automation we had more time to focus on content, and that fuelled the automation, more content also meant more SEO benefits and more credibility which led to better branding… but now there was a new problem… getting people to see it.

Connecting to the market

Paid ads were the key now, but how to maximise the ROI? We had spent about $5000 per month on Facebook and were making some profit, but not enough to breakthrough to be a serious player or make serious profit. And then I realised I had the answer for the past 5 years and had ignored it. Even worse, I had been teaching companies about how to communicate better and nurture highly responsive and effective teams using my Colored Brain Model… but never made the “Marketing Connection”

And then I saw the light

It was colored brain all along, the ability to segment and communicate in our marketing to connect with decision makers using their own language. The mistake originated by reading too much about influence, everything relating to influence was about emotion… but I realized that while YES, emotion is the Primary factor in decision making, that the unique genetic brain processing and sequence where what determined the trust behind much of the emotional buying decisions.

Implementing this, changed everything…

The results of the journey, the frustrations, the mistakes, the wasted money and excessive debt…

The group now has online programs, a resort (Avalon in Ubud Bali) to do high end retreats, 280 trainers in 15 different countries and training games to support faster learning…

But the journey has just begun